I’m a part of other’s memories,
Before the wings of time begin to soar.

This video is in the eyes of an ex lover who was obviously, a photographer photographing someone he love(s/d). The main character plays through my different aspects and personalities, and fortunately, the actress may be the one person who knows me better than I know myself.

The final video poem was created after consideration of feedback from the first two: “layer more sounds to make it more interesting;” “stick with similar situations, and create deeper connections between scenes.”

There are four distinctive pieces and to keep them different, I found contrasting sounds that would be special to only each scene alongside combining both diegetic and non-diegetic sounds to add extra layers. For example, in kitchen scene, since the window is open, I added bird sounds; foreign morning news; the kettle; her footsteps; background music.

I am highly fascinated by and have almost followed continuity editing, religiously. As soon as I knew this project was no longer still videos, I wanted to experiment with different combinations of angles for a singular scene. I contemplated a longer and more detailed video as I had done a ridiculously high number of angle shots but Etienne had said, “If your company or boss requests you make a video with a time limit of one minute, it’s best you do just that.” Also, I focused more on editing as it is evidently more important to correctly assemble shots as opposed to just taking good shots.

Filmography and audio, combined, were to give the audience a sense of understanding and empathy – an emotional reaction through the more symbollic scenes. The disparate 4 pieces is individually, a collection of prose and together, a short story. It is the integration of two ideologies: ‘behind the photographer’s eyes’ and ‘I’m part of other’s memories before the wings of time begin to soar.’

The Japanese say we have three faces, one we show the world, one we show our close friends/family and one even we do not see.

What about the one we put up online?

Online, people might be manipulating their real selves to befit their situation. For example, a business person may try to seem more professional and legitimate in order to achieve the acceptance of other businesses and end up successful.

Despite either hatred or absolute adoration of the series, Gossip girl’s deep message and true purpose became collateral damage to all the unnecessary drama that the show deemed necessary to tell. It was narrated eventually, that Daniel Humphrey, the so-called Gossip Girl, used his ‘messages’ to drag him – a socially awkward ‘Lonely Boy,’ into the very centre of the social circle via writing himself into the Upper East Side. In simpler words, he wrote stories about himself alongside the other characters to make them connected and him, fit in.

This shows just how far people would go just to feel like they belong.

Now, Instagram ‘aesthetics,’ are they also relevant to the problems with Online Personas?

I’d say yes because I personally have two instagram accounts – a public one with, what I’d say “high” for a simple girl like me, over 1,000’s followers and a strict aesthetic (that I change far too often because it’s too difficult to maintain) and a private one with a lower number – my close friends/family and the most random and hideous photos.

I created whiterosies to post my poems and proses, but one day I think I became somewhat obsessed (don’t we all at some point) with trying to be a better version of myself – who I now realise, wasn’t me at all. In this change, I gained a lot of interest and I felt somewhat important, but my collateral damage was the poems I lost – something very important to me. I tried to track them down, but I lost more than I found.

So I want to remind my readers, if you’re creating an Online Persona, don’t make the mistake of putting your popularity above what truly matters. 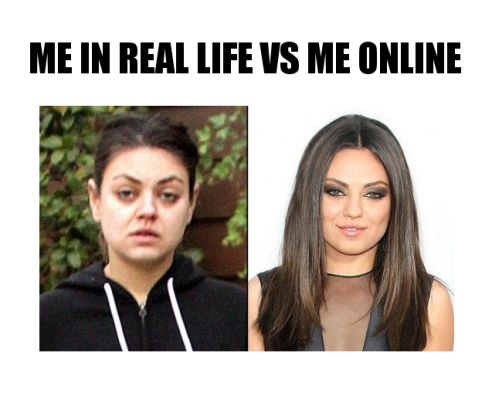 Lately, I’ve been trying to learn a little bit more about video production.

Above is video of me trying to learn about using different angles of video to create a coherent sequence. It is very simple and just aims to try and get as much interaction with angles as I could.

Here is another video that me and Claire edited and put together after the whole class had collaborated to produce a 1 minute scene, through multiple cameras in different angles and one director to lead.

This experience made me realise that the ability to manipulate the existing videos through edit is what truly produces a consistent storyline. Still, it’s good to have multiple angles to work with!

Because we all differentiate in who we are and what we want.

Some of us find comfort in familiarity and being part of the main stream – and these people are most likely to desire an iPhone, because of it’s simplicity. iPhone’s are more familiar with people and most know how to use it, and even with the yearly release of iPhones every year, there is very little change. The operating system remains unalterable and has one has to apply for the apps and be approved.

“An iPhone is a controlled experience.”

Additionally the iPod is a one of the most used music devices but even then, they can only download music via iTunes. To own all basic apple devices (iPad, iPhone, iPod, Macbook/iMac) also mean simple access as they can transfer most things between all devices painlessly.

But android is such an open-cultured technology that almost anybody can manipulate what shape or story that their android takes. Commonly, especially in asian countries, applications can be downloaded on the internet and the format of the device can even be modified via LEGAL applications.

I am, surprisingly, one person that is an equal lover of both devices, as I find strengths and weaknesses in both Apple and Android.

by Jasmine, Claire and Fadilla

In this week’s tutorial, our class attempted to copy a scene exactly from a movie. It was hard for us as we chose a scene of a girl and a boy flirting and we were only girls. It was also hard as we couldn’t add in the train or subway driving past so we had to be creative with the materials we had around us. 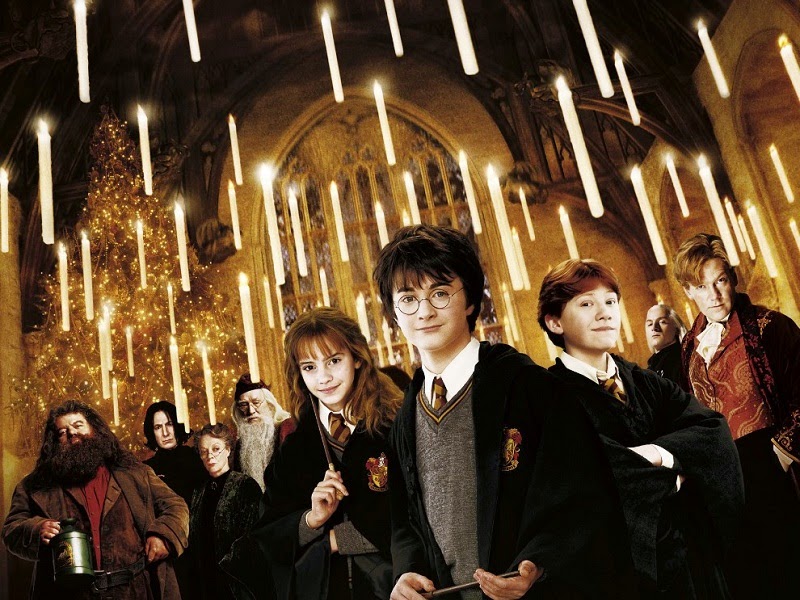 The concept of transmedia is a highly valued for a successfully selling and world-appreciated content. It is best used to ask a question, triggering curiosity, and letting the audience’s reaction toward it maintain it’s momentum via multiple platforms.

Fan and story-followers have a lot of free time as they wait for the release of the official new movie or finish one, and so, they let the story take it’s life on it’s own through fan fictions; consume other fan’s stories; communicate as a ‘tribe.’

Additionally, the marketing campaigns may chose to release video games, teasers from a character’s P.O.V or similar, to maintain the piquing interest of their viewers.

Harry Potter, for example, hadn’t ended with the last movie (Harry Potter and the Deathly Hallows part 2) as consumers started to quite literally make a world out of it. Soon, viewers could feel the sensation of being in Hogwarts and readers would delve deeper into a character.

Video games, Android/Apple apps and lego? Fanfiction focusing on a side character, on the aftermath or the story of Lily and James Potter?

Transmedia retold the story of Harry Potter with more than just Harry.